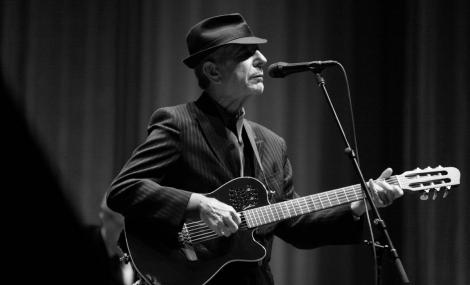 Last night I was at the Bell Centre in Montreal, along with 12,600 others, to see Leonard Cohen. I first attended a Cohen concert in February 1967, so this was coming full circle for me. I was a first year university student reading Cohen’s poetry and The Favourite Game and the concert was unforgettable. Here is Jack Batten’s description in Saturday Night Magazine of that concert at York University:  Then there was the concert at York University a couple of years ago, just before his first record came out. “What he did, he mesmerized the five hundred people in the hall,” Alice says. “He walked on to the stage and lit some incense and looked out in the audience and said very quietly, ‘The person here in the most pain is me.’ Then he went into a soft chant and got everybody in a nice trance. After that, he talked and read and sang for three hours and every single person worshipped him. It turned into a Leonard Cohen love-in night.” [Jack Batten, 1969].

Last night’s concert was as long and as mesmerizing–but a very different performance. Cohen is now 78 and ironically more vital in his fedora and string tie. He skipped across the stage, lowered himself regularly to his knees (and got up hands free–he must do yoga!) and made self-deprecating jokes. This was a big professional performance with incredible musicians–violin, organ, bass and multiple guitars as well as ethereal vocals. For me it was a chance to relive those essential poems and songs which have accompanied me for the last forty plus years–an intimate experience in spite of the crowd. You can read the review of the magic here.