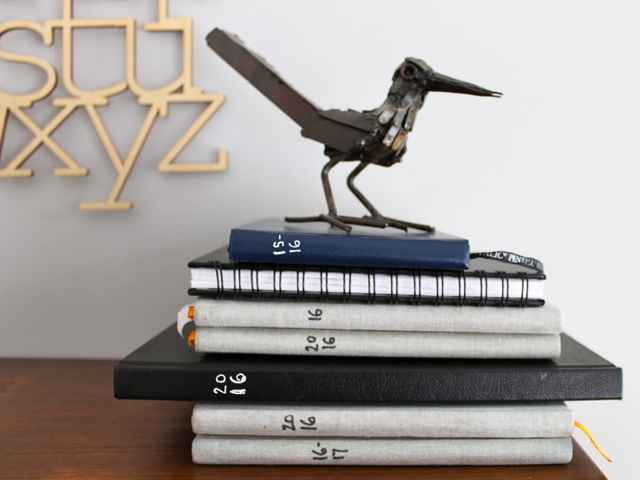 I had no plan to photograph my pile of sketchbooks, but when I lined them up I was astounded at just how many there were. My plan was to choose a few of my favourite sketches and post them as a review of the year as I did last year. But I just couldn’t resist stacking them and taking a photo.

When I started sketching last January I had two goals: improve the composition of my sketches and work on the depth of colour. I’ve chosen my favourite sketch from each month and I think overall they reflect an attempt to work on both goals. And just as important, they evoke the feeling of time and place for me, the weather, the company, the mood.

This first sketch is was done in Picton Ontario, sitting in a parked car with my great friend A, she in the front seat, and I behind her. It actually was done in late December, but I’m including it because it is in the first sketchbook. 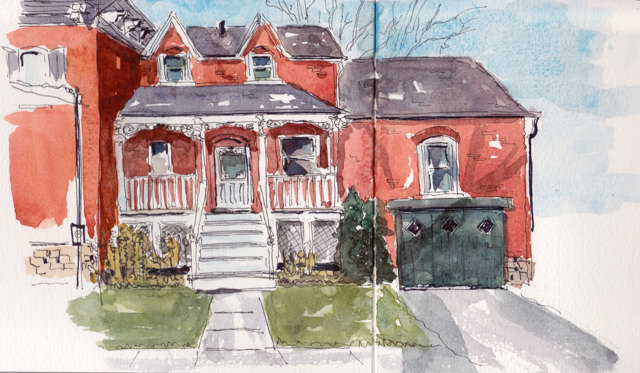 This is January’s sketch. I parked on the side street facing the Moodie cottage in Belleville. This sketch is particularly meaningful to me because I once lived in that apartment behind the main house. 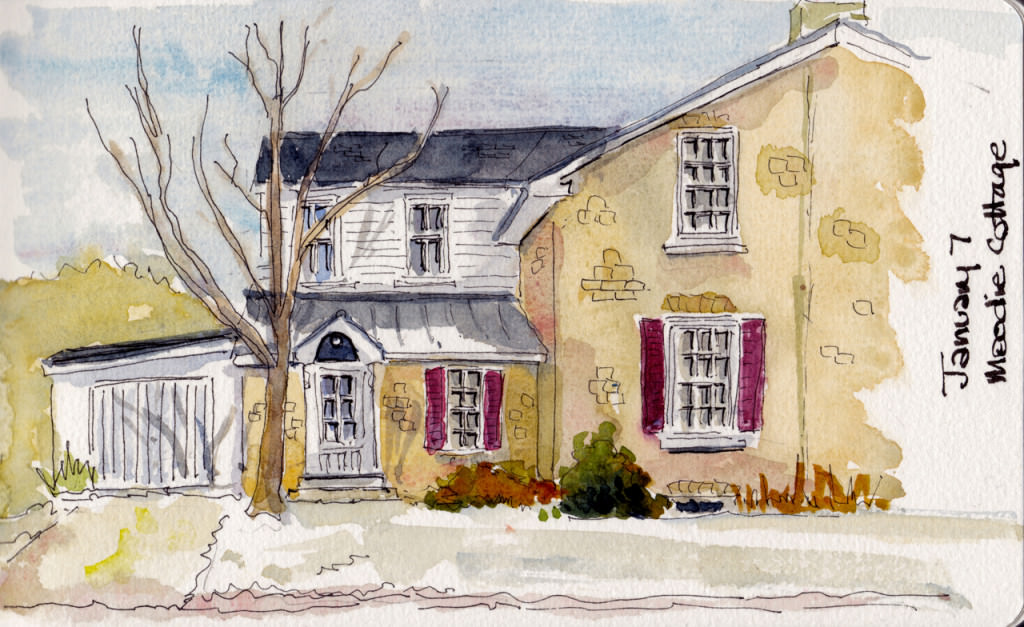 February’s sketch is also in Belleville. Again I was in the car, parked behind the main street. My favourite building, the City Hall, is peeking over the old stone chimneys of Belleville’s early storefronts. 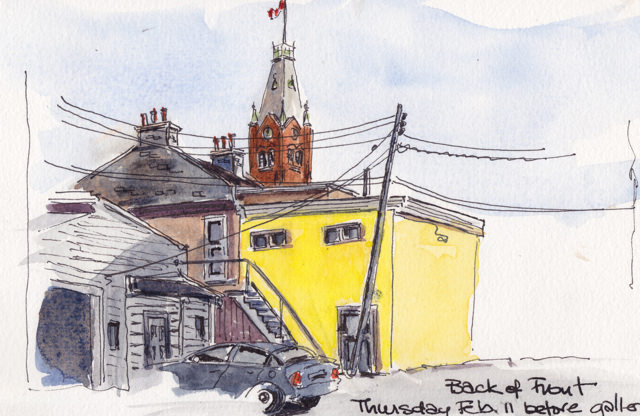 This is on the road to Napanee, the town next to ours. Again, sketched from the car. 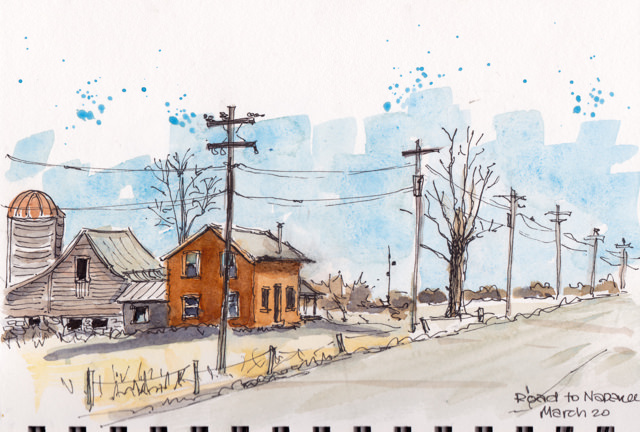 This one was sketched in April, but it was warm enough for me to be sitting on a bench in Stratford Ontario. Recorded are the people who came by to comment. 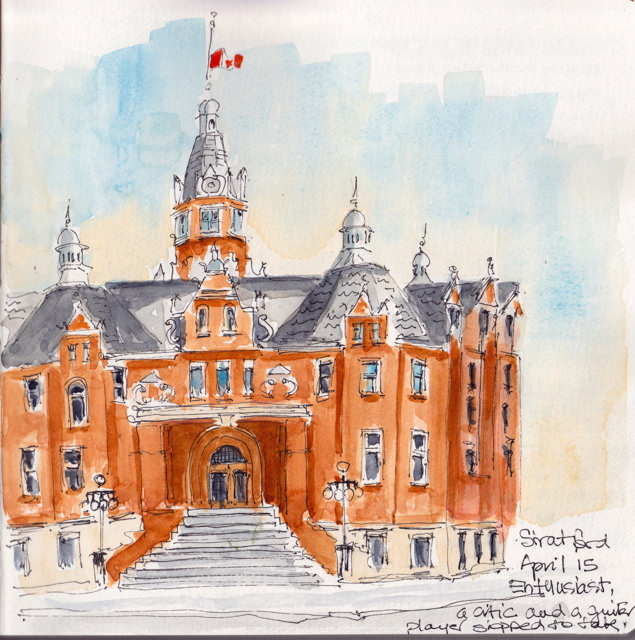 This is my favourite sketch of the year. I was sitting on a bench behind the City Hall in Kingston to capture this view. 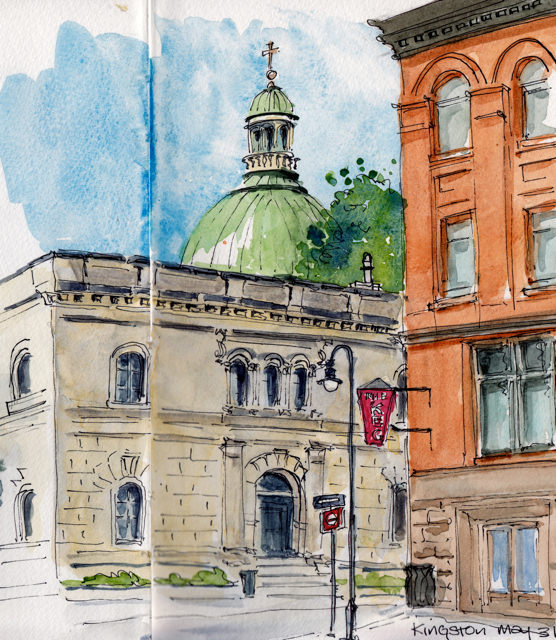 Again Kingston and the same Church tower, from a different spot. 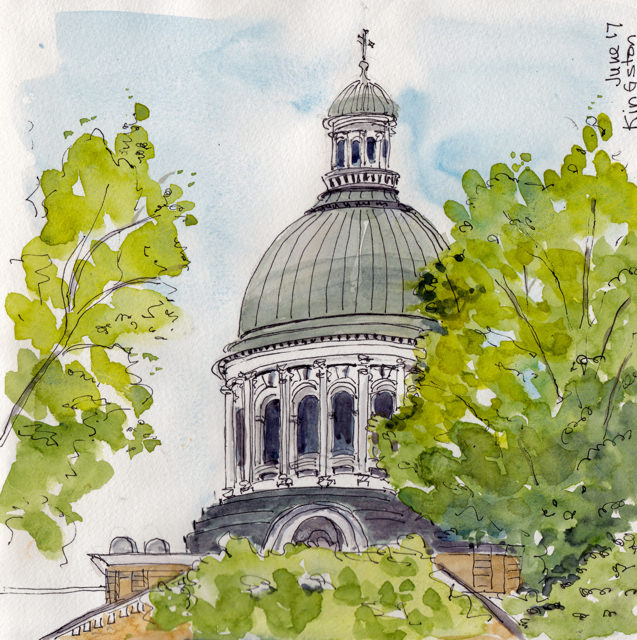 I’ll continue tomorrow with the next 6 months, including our trip to Scotland.