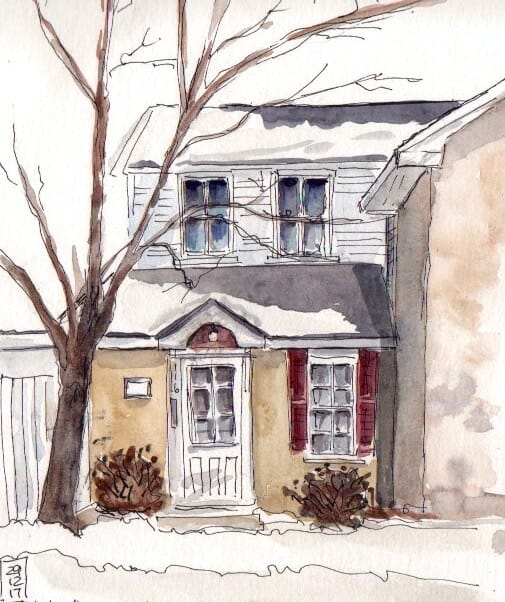 I’ve written about the Moodie Cottage before. In fact it is almost two years since I sketched it.  For that sketch I was sitting in my car. This week has been far too cold for that, so this was done from a photo taken in the bright winter sun yesterday. This is the back end of the house where I lived in the 1970’s, a lifetime ago now. Susanna Moodie settled in the main house in 1840, several more lifetimes ago. Her life here, 130 years earlier, was considerably harder than mine. The house is not giving up any secrets of her time or mine–but standing solid and elegant still almost two centuries later.