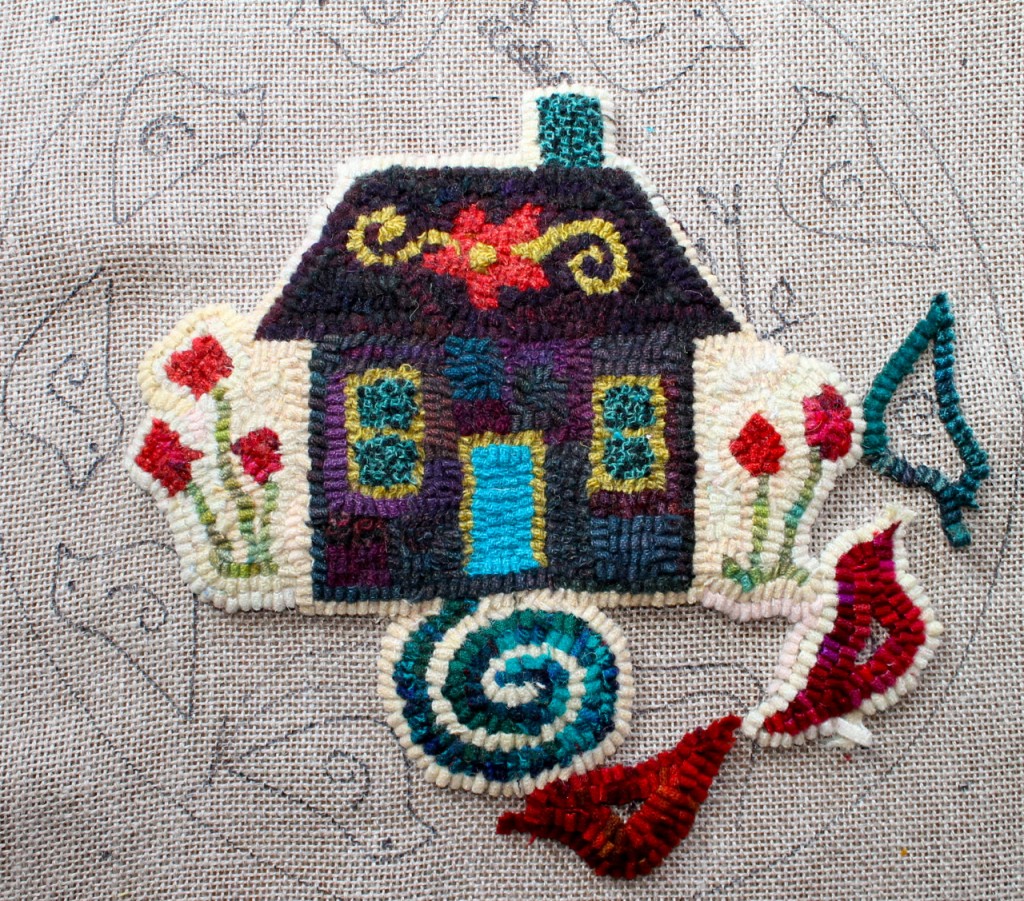 I decided to make a few chairs seats to work out the ideas for my next rug. The rug is to celebrate my younger son, Owen’s marriage to Carissa. I would like the rug to centre on three houses, fantasy versions of her former home, our home and their new home together, with paths connecting them. So this is the first chair seat–photographing it helps to point out the weaknesses and errors–the door needs to come to the bottom of the sill for example. I am experimenting with the colours for the border–it’s a small surface to have such pronounced colours–so I think I will hook some more background before I decide.

The whipping on Fireworks has been at a standstill for a bit. At this point the two short sides are almost done. But I have a couple of hooking dates this week, so that too should more forward. I’ll post a little later this week with an update on both projects.  And, the anniversary draw is on Wednesday!! There is still time to add your comment to the March 15th post.