I have been away for a couple of weeks–in Ireland. I took my sketchbook and paints determined to sketch as much as I could. Our first three days were in Dublin, a great walking city. There were so many buildings I wanted to sketch but managed only a few. Sketching while travelling is a balancing act. Sometimes I got the ink drawing done on site and added the colour later. Other times I was a able to finish the full drawing. But always these sketches were started outside on location. I was using a Stillman and Birn beta coil sketchbook–both the paper and the book size worked well.

This was our hotel, the Davenport. Apparently it started off as a church and then became a theatre before its present iteration as a good central hotel. We discovered that the hotel was right next to Oscar Wilde’s home and a great statue of him lounging on a rock was in an adjacent park. 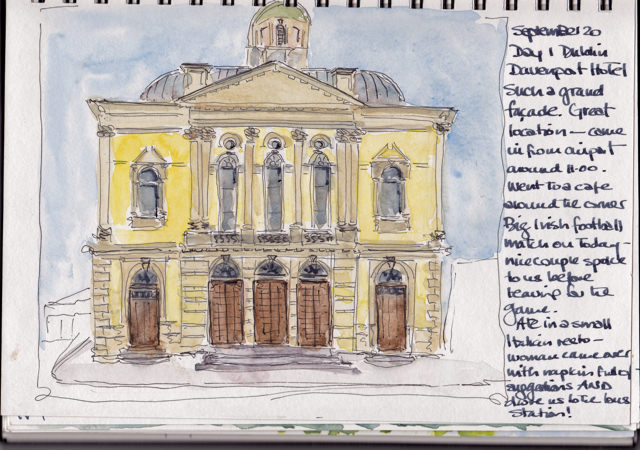 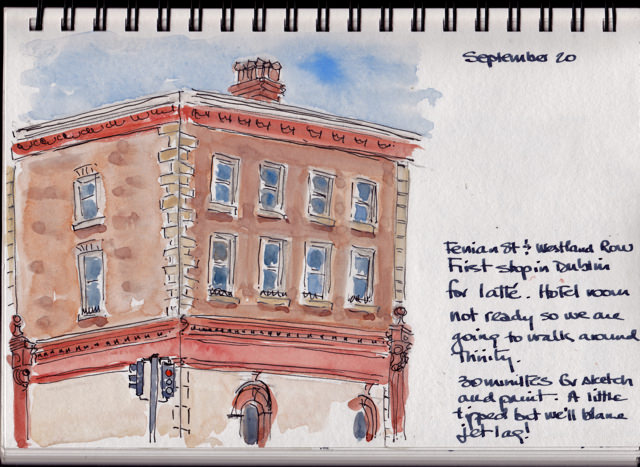 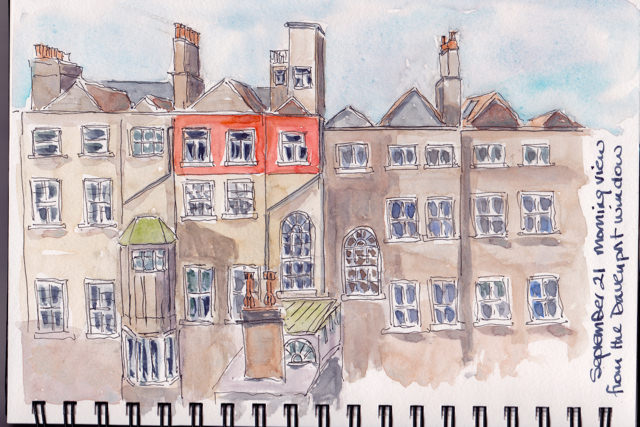 I saw this puzzle building on the drive in from the airport and loved its whimsey. We walked along the Liffey River past the poignant Famine Statues and then found a spot on a bench with a good view of the puzzle building . The trees, just turning colour, were as bright as the building behind. 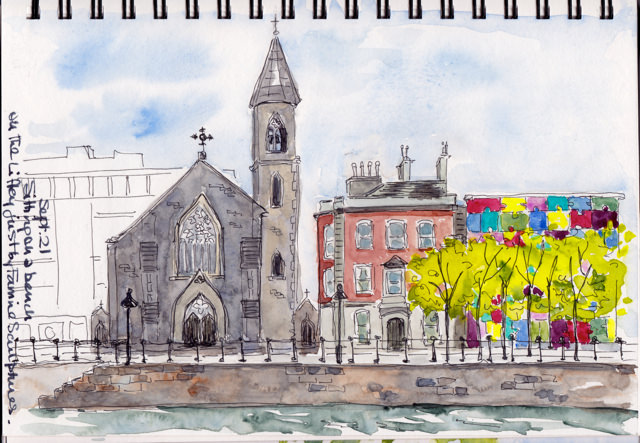 Further along the river is the O’Connell Bridge adorned with these marvellous lamps. I sat at the base of the Daniel O’Connell statue  across the road and sketched the lamps and then in an outdoor cafe a little further down to sketch the building below. It is amazing how much of the day you remember just by sketching–the sun, the crowds, the conversations all come back when I look at these sketches. 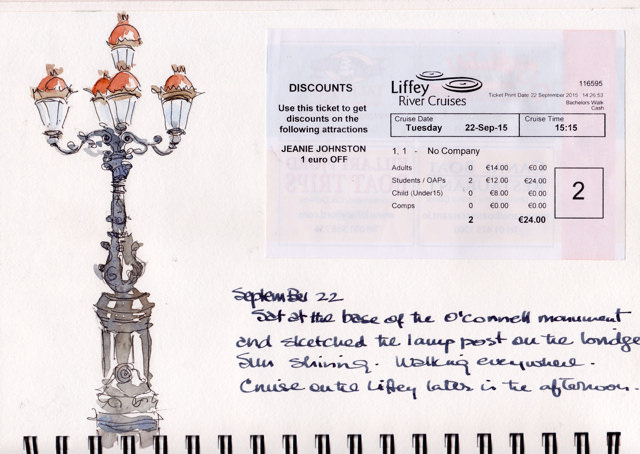 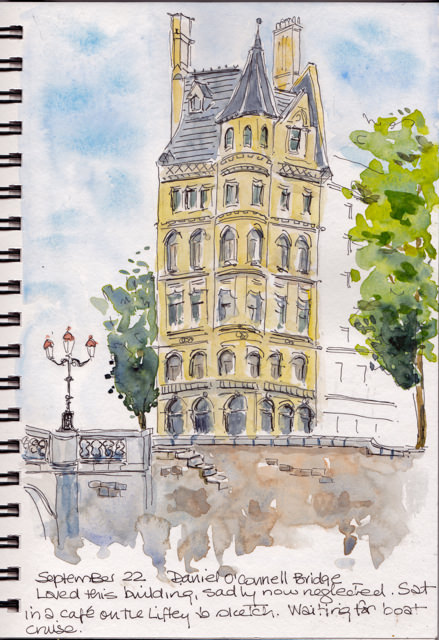